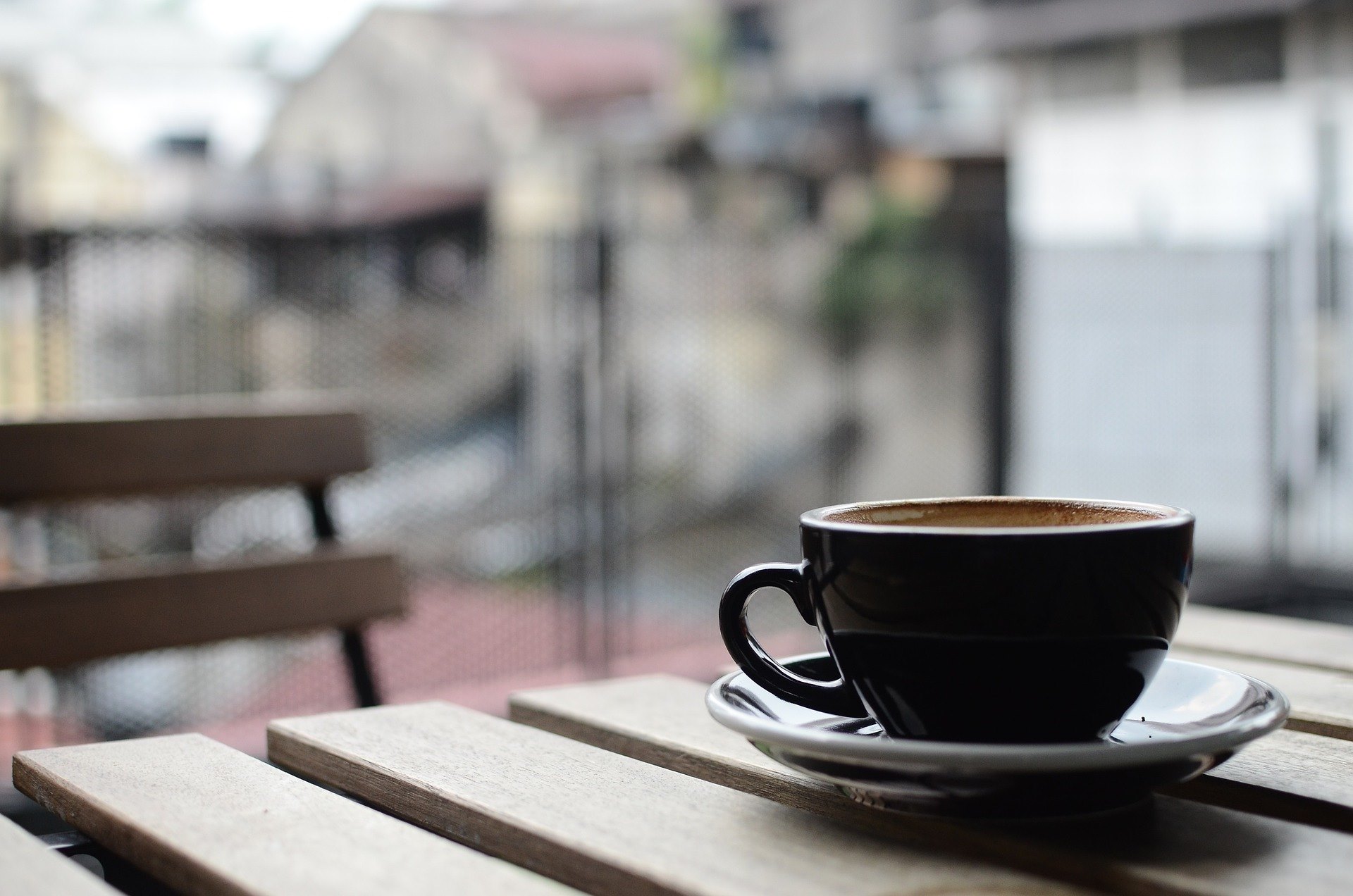 
It is often believed that coffee contributes to dehydration and therefore you would need to drink more water.
Most coffee contains caffeine, which could have a mild diuretic effect. In other words caffeine could cause the need to urinate, however caffeine doesn’t cause direct fluid loss of the body. Furthermore, most coffees contain a significant amount of water to compensate. That being said, it is always a good idea to drink water.

Some nutritionists tell you that starting your day with coffee will help you lose weight. We quote “a daily cup of coffee can boost your metabolism, by stimulating thermogenesis (heat and energy), helping you to burn more fat”. Which results in losing your appetite. In addition, study shows that those who drank at least a cup of coffee per day had a lower risk of obesity and decreased risk of diabetes. However this concerns only organic coffee, while most coffee comes with sweetener, sugar and fatty milk flattening out the effect of weight loss.

The darker the roast, the stronger the coffee


Countless times you will overhear others they only drink dark roast, because of their high caffeine levels. Not taken into account the physiological effects of caffeine, which vary per person and time.

During the roasting process the beans lose density. Beans that are roasted for a longer duration lose more water content and are becoming less dense. Reduced density means a reduced amount of caffeine. So, if you would roast the same amount weight and type coffee bean, you would make one batch for a short period light roasted and the other batch for a longer period dark roasted. The batch with the light roast would contain the most caffeine.

However, if you would take the same amount of scoops from already roasted light and dark coffee, this would mean that the density of the dark roasted coffee would contain more caffeine.

Coffee is bad for your health


Until a few years ago, we were learned that coffee leads to heart diseases, cancer, high blood pressure and does more harm than good. Now it is more likely that there are more health benefits than dangers. The world health organization (WHO) already designated coffee as potentially protective against cancer and liver. The WHO even stated that “moderate coffee consumption can be incorporated into a heathy dietary pattern”. Recently also studies of Harvard has shown more pros than cons associated with drinking coffee. These benefits include added longevity, less weight gain during aging reduced risk on cancer and cardiovascular diseases and (surprise, surprise) lower blood pressure. Now to process all this info with a healthy cup of coffee.

Coffee will sober you up

Coffee will do miracles when you must go to work the next day after spending a long night in the bar. Well, it depends what you consider a miracle. If you think it will reverse or reduce the negative effects of alcohol more quickly, think again! It’s the opposite, although you might feel more awake and confident to handle situations this does not take away any intoxicated effects. Therefore you increase your risk of placing yourself in a potential dangerous situation (like diving).

Click below to chat on WhatsApp or send us an email to info@mayabluedivecenter.com